Do Bouncy Castles Need Electricity And Are They Expensive To Run?

Do Bouncy Castles Need Electricity And Are They Expensive To Run?

The simple answer to this is YES! Bouncy castles are powered by an electric fan which constantly pumps air into the inflatable with excess air leaving via the seams.  There are however 2 types of "inflatables" available, they are called "sealed air units" and "continuous flow units".  We will explain the difference below. 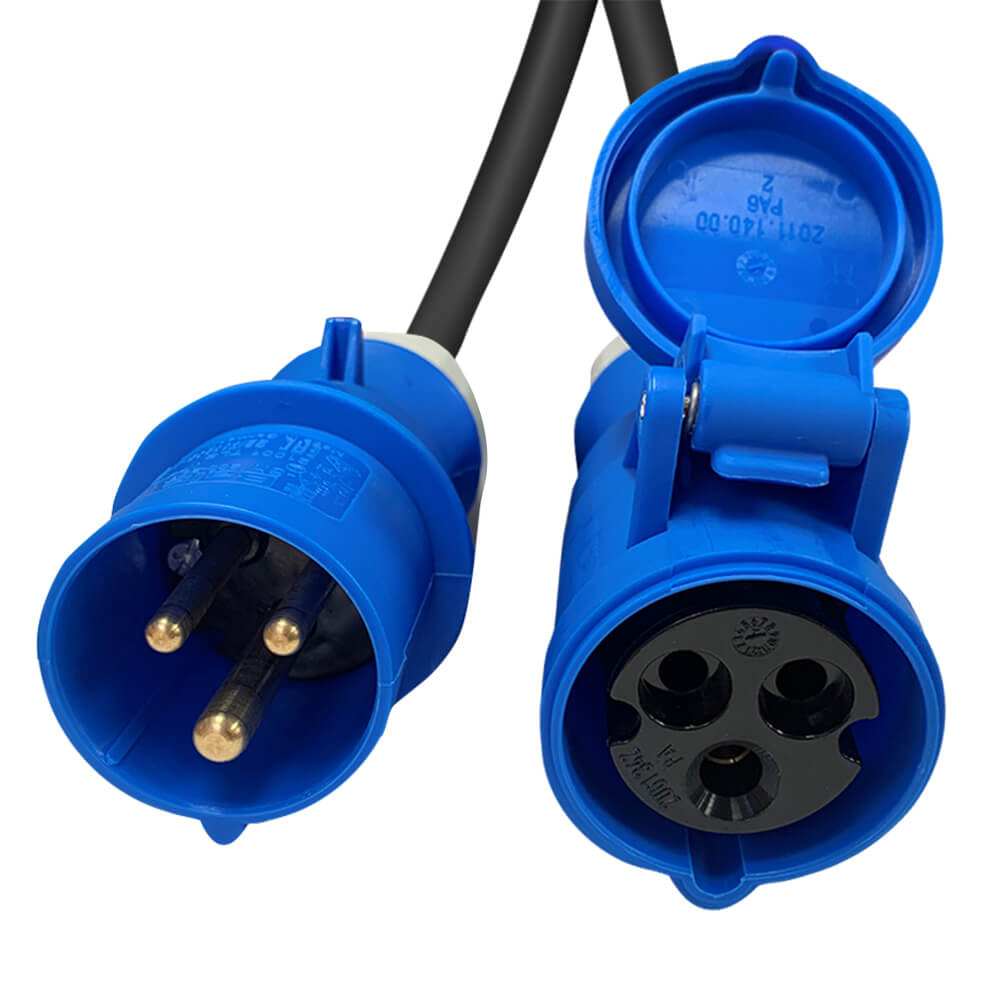 This accounts for all kinds of bouncy castles and indeed most inflatables that are intended to be bounced on.  The pump is attached via an inflation tube at the back of your castle and continuously pumps air into your bouncy castle.  Once pressure is reached, excess air escapes through the stitching on your castle.  This is why it is impossible for a bouncy castle to explode even in hot weather. 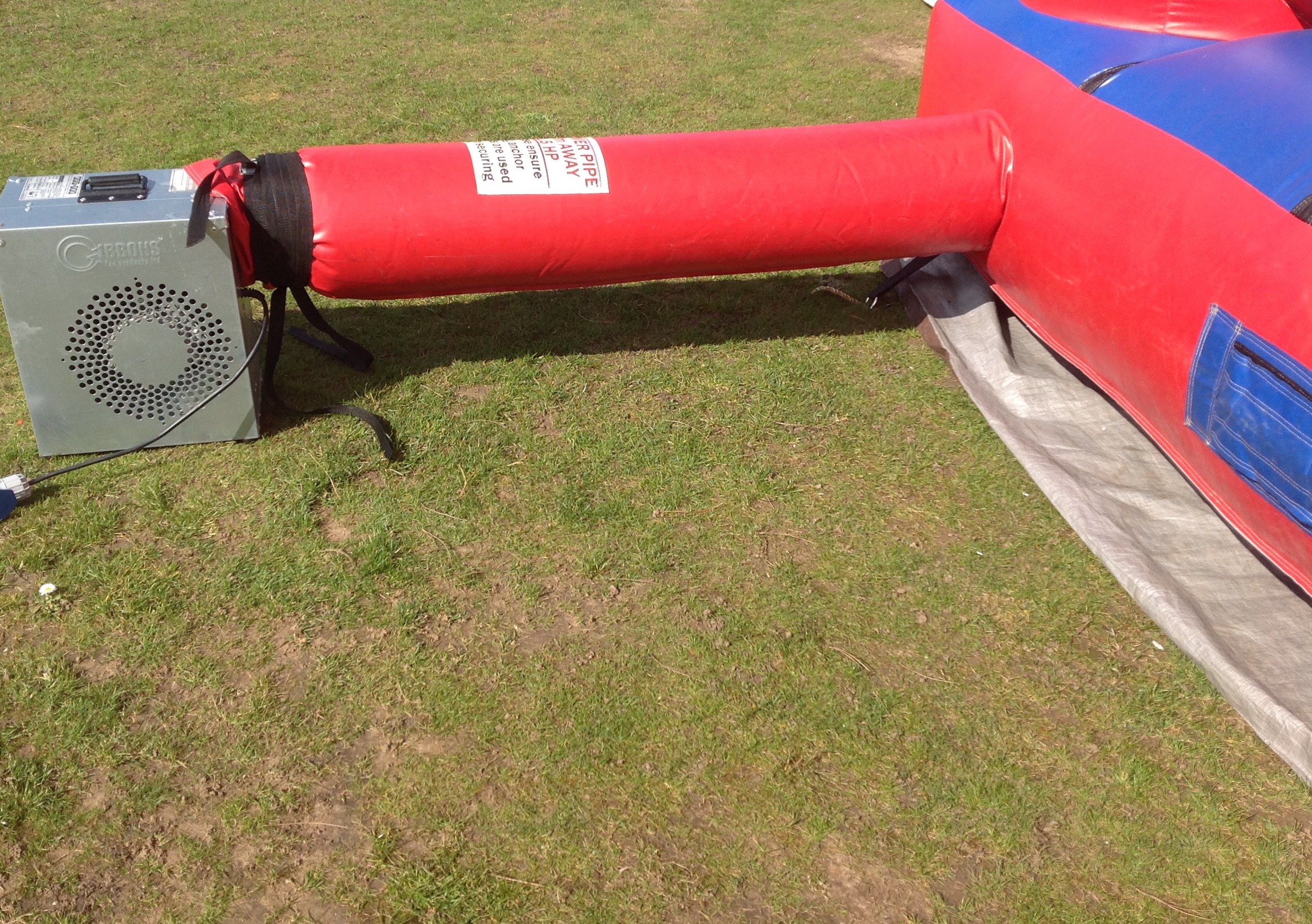 Sealed air inflatables are generally inflatables not intended to be bounced on.  This includes Nerf War walls, inflatable surrounds on trampolines and paintball barriers.  The easiest way to explain sealed air units is to think of your air bed / lilo.  You blow it up, either with a pump or manually then you press in a plug to hold the air inside the inflatable.  It is a great way of inflating something, but doesn't work for a bouncy castle.  Think about it, if you inflated your air bed to high pressure, plugged the valve then jumped on it, what would happen?  Yes, that's right.... it would probably explode.  This is why the sealed air system is not used for bouncing inflatables.  You may well have heard about the "exploding bouncy castle" accident several years ago.  This was in fact complete mis-reporting on the part of the press. It was actually a trampoline with a seal air surround.  The sealed air unit had lost pressure, so the operator had hooked up the pump to re-inflate but was subsequently distracted.  Eventually the pressure in the sealed air system got so high, that the inflatable surround exploded much like in our air-bed example.

Does The Fan Need To Continue Running?

This is a VERY common question. If you have read our explanation above about the different kinds of inflatables you'll probably have figured out the answer.  Very often customers watch their castle inflate then say "perfect, can we switch it off now?"  Of course they can switch the fan off at any time, but due to the air escaping through the seams, it will deflate very quickly!

Do I Need To Keep The Castle Running For The Duration Of The Party?

As long as you want the children to be bouncing on your bouncy castle, it will need to be plugged in and running.  Should you want to get the children off the inflatable to eat, sing happy birthday or play games, you can of course turn the bouncy castle off.  Our recommended procedure for doing this would be to ask the children to vacate the castle, then ask again.  By the time you've asked 5/6 times you'll only have the super-stubborn ones remaining at which point you may have to be somewhat sterner!  We then recommend 1 adult stand at the front of the castle to ensure no children climb back on, whist another adult goes to the rear of the castle and unplugs it.  When you want the castle re-inflating, simply reverse this procedure.  Plug in the castle, but ensure no children climb onto the inflatable until it has reached full operating pressure - this normally takes 30-60 seconds depending on the size of your inflatable.

How Much Does It Cost To Run A Bouncy Castle?

Again a VERY common question, particularly given the never-ending price increases from energy suppliers.  The honest answer is it depends how many inflatables you are running and how big they are.  For our standard sized bouncy castles, we use 1.5 horse power blowers.  As a rough guide, an 8 hour hire with the bouncy castle running constantly will cost around £1.50 depending on your power tariff.  Really not a lot for a days entertainment for several children!  That said, should you not have access to a domestic power point, the costs would be significantly higher as you'd need to factor in generator hire and fuel to run it.  That however isn't something we offer.

What Power Cables Do You Use?  Do We Need To Supply Extension Cables?

You shouldn't need to worry about leads and extension cables if your inflatable is within 25m of a power point.  With every hire, we allocate a 25m, heavy duty IP44 rated power cable.  This is the blue plug "camping style" cabling which is splash-proof in case of rain showers.  All of our cabling is PATS tested every 6 months to confirm it is still fit for purpose.

What If We Have A Power Cut?

Thankfully in the UK, power cuts are rare, but should you be unfortunate enough to experience disruption to your power supply, your first concern should be to get anybody off the castle swiftly and calmly.  One of the safety features on modern castles is that they maintain a minimum 60% inflation for 60 seconds after power is cut to allow time to get people off the inflatable safely.  If you have a power cut, the castle won't simply collapse on top of anybody bouncing, it will maintain minimal inflation.  Once everybody has vacated the castle, it is best to unplug the castle until the power is reconnected and the reason for the outage confirmed.

Can You Use A Bouncy Castle In The Rain?

Another very common question!  The honest is yes... to an extent.  A bouncy castle, particularly one with a built in sower-cover can withstand a shower no problem at all.  All of our electrics are waterproof, so again, no issue.  The problem is, if it's likely to be a full day of rail, are you children really going to want to be outside on a bouncy castle?  I would say it's unlikely.  Also we do recommend that castles aren't used during rain showers as they can become slippery when wet.  It's always better to let the shower pass then towel dry the actual bouncing area before sending the kids back on to burn more energy! 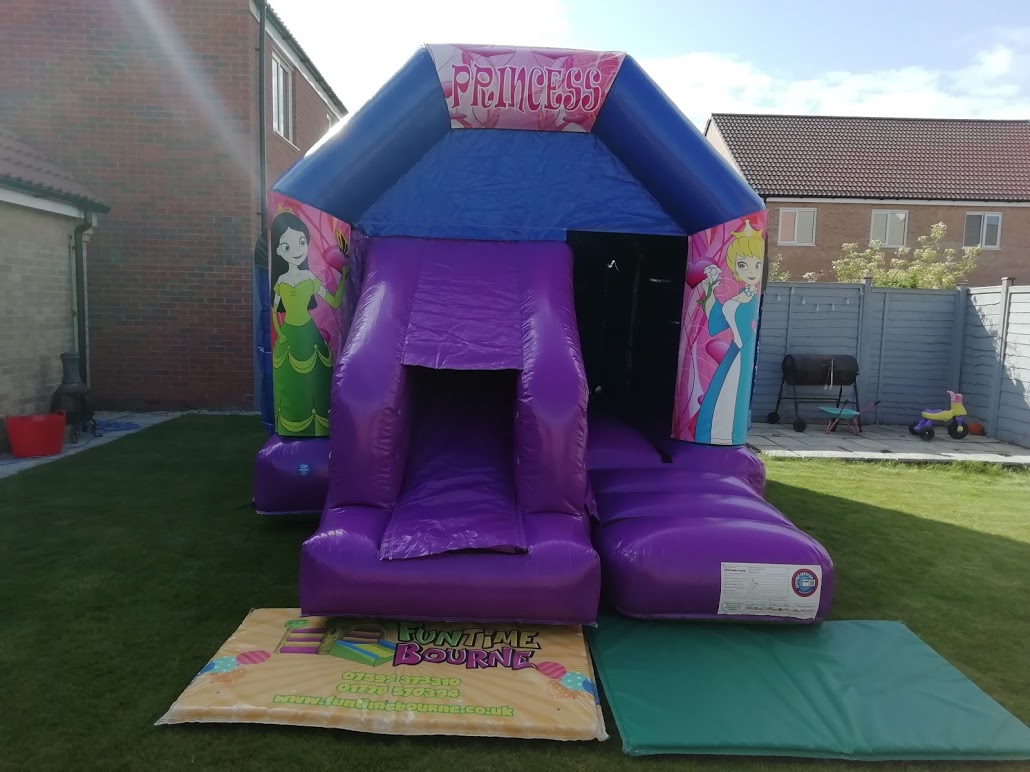